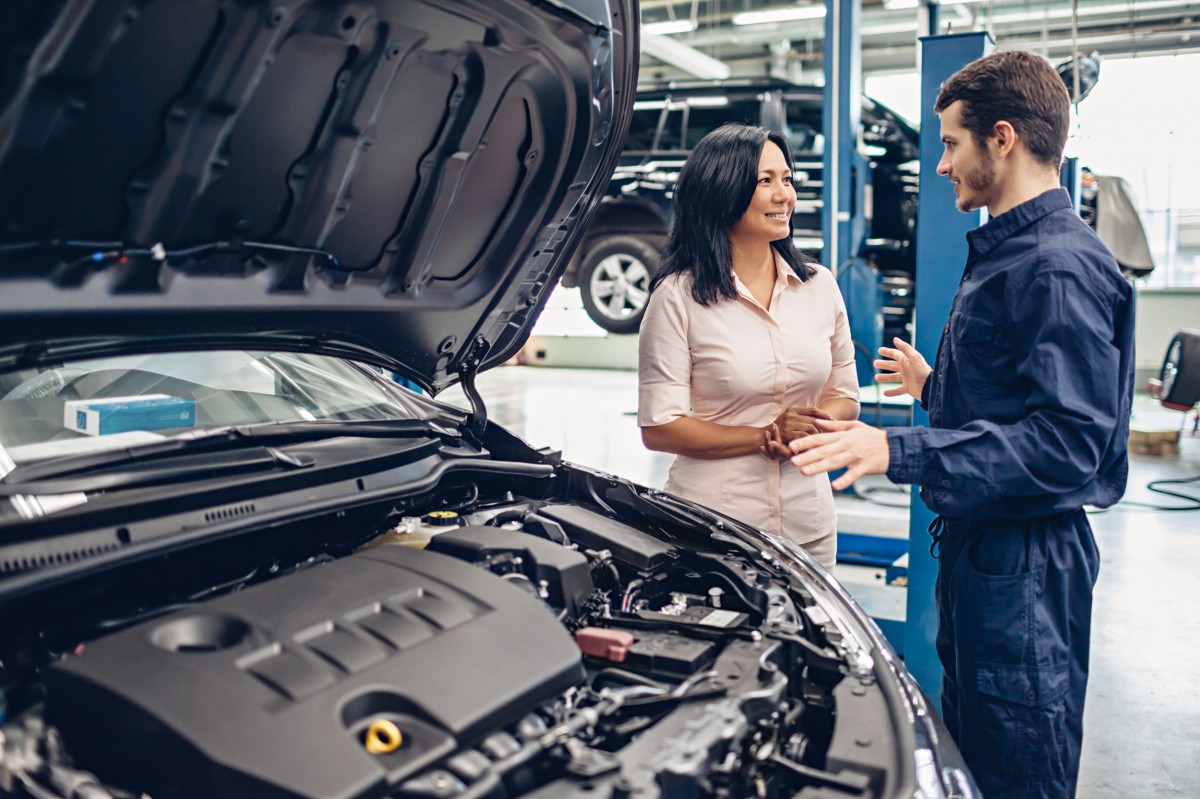 Fuel economy isn't far from the minds of our Madison drivers and we hear these questions daily such as: Why can certain cars zip along at close to 40 mpg while others are lucky to get anywhere near 20? As it turns out, there are as many factors that go into how well your ride does at the pumps! Here are the 10 factors that have the greatest impact on fuel consumption that we would like to share with you.

1. Displacement We’re not talking about losing your keys. That’s misplacement. Displacement is the volume of air your engine can consume in a single revolution, and these days it’s usually described in liters. A Yaris, for example, has a 1.5-liter four-cylinder engine. That means with every revolution of the motor, the engine draws in and expels 1.5 liters of air.

The more air an engine moves, the more fuel it can consume with every turn. That’s why, on the whole, four-cylinder engines are thought of as more fuel-efficient than bigger motors like V-6’s or V-8’s. So, while a sub-compact car may only move 1.5-liters with every revolution, full-size trucks can draw in and spit out around 4.6-liters of air thanks to a V-8 engine. Again, more air means more fuel.

2. Weight Of course, how much air your vehicle moves through its engine isn’t the sole deciding factor when it comes to mpg. How hard your motor works also have a big effect on what kind of mileage your vehicle gets, and the most basic kind of work is moving all the vehicle’s components down the road. To that end, a vehicle’s weight plays a key role in how much it drinks.

The more a vehicle weighs, the harder it will have to work to get going and stay moving down the road. A pint-sized vehicle will barely move the scales, while some SUVs and trucks weigh in around a portly 5,000 lbs. The slimmer waistline in a small car means it can afford to have a smaller engine and a motor that doesn’t have to breathe too deeply every time it needs to get up to speed. In contrast, if a vehicle needs capabilities as a towing machine, heavy equipment is a necessity.

3. Gearing While engine displacement and power have much to do with final miles per gallon, how your vehicle uses that power is crucial to the end result. The basic system that converts engine revolutions into rolling tires is your transmission. Thanks to a series of gears, the work your engine does can be multiplied to be more efficient. Taller final drive gears allow the engine to turn relatively few times while still producing plenty of speed.

Say a vehicle has a four-speed transmission. Its engine must turn faster than a car with a five-speed to produce the same speed. While that’s helpful during towing (fewer gear changes), it doesn’t do much for its fuel economy. Some vehicles have as many as eight gears to get the absolute most out of the power the engine produces.

4. Aerodynamics Here’s another factor that determines how hard your engine has to work to move your vehicle. It’s easiest to think of aerodynamics as how your vehicle moves through the air. Air has many properties that are similar to liquid, and just like in water, the slipperier the shape, the easier it moves. Vehicles with lots of vertical surface area on the front, like most trucks and SUVs, have to work harder—and use more fuel—to push the air out of the way.

Aerodynamics plays a huge role in vehicle development, with automakers spending considerable time and money tweaking a car’s exterior elements to generate less resistance or drag. In fact, the amount of resistance a vehicle’s shape generates has much to do with engine power requirements. Drag is calculated into coefficients, with lower figures indicating a slipperier shape. If you’ve ever wondered why cars like the Toyota Prius and Honda Insight have such quirky looks, it’s because they were designed to generate the least amount of drag possible.

5. Induction So far, we’ve looked at a number of elements that determine exactly how much power a vehicle will need to perform well, but there’s another factor that has much to do with how the engine develops that power. Traditionally, forced induction engines tend to use more fuel than their naturally aspirated cousins. Forced induction includes any type of turbocharger or supercharger that forces air into the combustion chamber. As you may remember, more air usually means more fuel, and while both mean more power, forced induction can seriously impact fuel economy.

Newer turbocharged engines are much more efficient than those from previous generations. That means a smaller displacement engine can generate more power and use less fuel than one without a turbo.

6. Intake and Exhaust Restrictions This is another piece of the pie, and one that directly impacts how hard your engine works. Your motor is essentially a big air pump, sucking air in, using it as part of the combustion sequence, and then spitting out exhaust gasses when it’s done. A truly efficient engine would have very few restrictions on both the intake and exhaust sides of the equation, but in real life, that’s not always practical.

An engine is very loud, and thanks to federal regulations aimed at curbing noise pollution, automakers must find ways to quiet their products. You’re probably familiar with your vehicle’s muffler. It’s part of the exhaust system and its sole purpose is to quiet down the sound of spent gasses leaving your car. What you may not know is that there is a similar system on the intake side of your motor. Your airbox quiets the sound all that air makes as it rushes into your motor, and while both the airbox and muffler do a great job of keeping your car quiet, they generate plenty of resistance. As always, more resistance means more work and, in turn, more fuel consumption.

7. Rolling Resistance Speaking of resistance, your vehicle’s tires play a huge role in how easy your car cruises down the highway. All tires generate a certain amount of rolling resistance—or the amount of effort it takes to roll across the driving surface. While most people tend to think of their tires as perfectly round, the truth is where the rubber contacts the road is actually a flat spot the size of your hand. The weight of the vehicle pressing down on the tire generates these contact patches, and while a larger contact patch usually equates better handling and control, it can also negatively affect your fuel economy.

Tire manufacturers are increasingly looking at how best to reduce rolling resistance while still offering plenty of grip. Altering tread patterns and rubber compounds have helped to produce tires that require less work to get rolling, and car manufacturers are taking advantage of the technology.

8. Mechanical Resistance There’s another type of resistance car manufacturers are concerned with, called mechanical resistance, which has more to do with a vehicle’s mechanical components than tires. Mechanical resistance describes the amount of effort it takes to move each individual piece of the vehicle’s drivetrain. Typically, automatic transmissions generate more resistance than their manual counterparts, but other systems like axles, wheel bearings, and all of the other components that go into getting your car down the road all chip into the overall product.

Mechanical resistance usually accounts for about a 15 percent drop in power from what the engine produces to what actually makes it to the pavement. That means if an engine produces 100 horsepower, only about 85 of those horses make it to the ground. Tricks like synthetic lubricants, lightweight materials, and tighter manufacturing tolerances can all contribute to less mechanical resistance in a vehicle.

9. Altitude It may sound odd, but altitude does have a say in what kind of fuel economy your vehicle gets. There’s less oxygen at 10,000 ft than there is at sea level, meaning that for each stroke of your motor, your car takes in less oxygen, and thus produces less power. Less power means you’re more likely to get into the throttle and stay there—using more fuel than you normally would.

For this reason, turbocharged vehicles tend to do better in higher altitudes because they can force more air into the combustion chamber and generate plenty of power. Doing so keeps drivers from planting their right foot on the floorboard for extended periods of time, saving fuel even if it’s an older turbo.

10. Temperature Just like with altitude, this one has everything to do with the amount of oxygen your motor can take in. The hotter the climate, the farther the oxygen molecules are spaced out and the less your engine can consume with every stroke. To a point, the cooler the exterior temperature, the denser the combustion charge inside of your motor – netting you more power per revolution for the same amount of fuel.

This is the same principle behind the aftermarket notion of cold air intakes, where air is drawn from somewhere other than the hot engine bay. The denser air charge simply produces more power than its hotter, less dense counterpart. It’s exactly why most high-end sports cars have functional intakes that draw air from outside of the vehicle into the car’s intake.

While all of these play a significant part in what kind of fuel economy a vehicle gets, the biggest factor is the part behind the wheel—you. Driving style can turn even the most fuel-efficient rides into a fuel pump embarrassment.   Come talk to our professional technicians here at Phoenix Motors Automotive Repair when you have questions about fuel economy, horsepower, or simply want to know more about your vehicle....we have the answers!